Many things are described as a British institution, everything from Bruce Forsyth to Eton Mess have at some time been cited as one. However one such institution that is undoubtably British through and through, as the afternoon teas they serve in their café is, Liberty. Nonetheless, dear reader, there is something distinctly Un-British at the heart of its corridors of power…..

Since, joining as buying director, from luxury department store Bergdorf Goodman, Ed Burstell was promoted to Managing Director in June 2010 and is now responsible for overseeing all buying functions and marketing at Liberty. The larger then life and surprisingly funny New Yorker, has blown off all trace of cobwebs from the traditional department store and transported Liberty well and truly into the 21st Century and placed it back on the international fashion map as a shopping destination for not only the local consumer but the cosmopolitan tourist to boot. Burstell, has been highly instrumental in the recent launch of the new Liberty Westfield Stratford City store, just in time for the all important Olympics. In this period Liberty has collaborated with such brands as Nike, Barbour & even the international value retailer Target, taking full advantage of the legendary floral print. There is no possible doubt that Burstell has taken Britain to his heart, but at the same time it’s very clear the UK and Liberty have adopted Ed too. Now a man this busy you would have thought wouldn’t have time for interviews and yes he doesn’t but when Clothes-make-the-man.com call you, its hard to say to no;

What piece of style advise do you live by ?

Never dress or admit your age or you’ll become your age.

What’s your favourite piece of clothing ?

Who is your style icon ? Why ?

Steve McQueen. Hot, in absolutely anything.

What piece of clothing should everyman have in his wardrobe ?

A hoodie. Cotton for the kids and cashmere for the rest of us.

If you could have invented anything what would it be ?

The airplane or space ship. The mystery of flight still amazes. 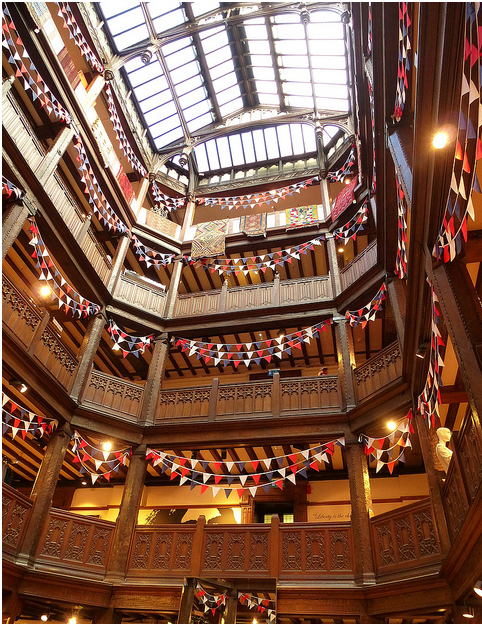 How did you get into the industry, what was your big break ?

It was November and I went to Macy’s. They had two jobs – Santaland or a fragrance sprayer. I chose sprayer and worked my way up from the very bottom.

If you had one day to live what would be your biggest regret ?

That I had given up any vices.

What do you have to do after this conversation ?

Boring meeting with a supplier.

What would you like to be doing after this conversation ?

Pimms o’clock with a cigarette

If you could only wear one brand/Designer for the rest of your life who would it be ? Why ?

Rick Owens, for his consistent original vision over time.

Who would do you ideal diner guest and why ?