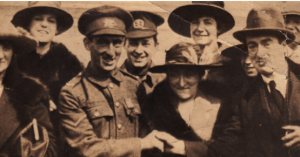 Private White upon his return to Manchester after World War I

This true heritage range based on the on the everyday wardrobe of Jack White, not to be mistaken with the White Stripes guitarist. The VC part of the moniker is after the Victoria Cross which was awarded to Jack at the tender age of 20 for outstanding bravery under intense enemy fire duringWorld War I.

After returning from the killing fields of the Great War, he undertook an apprenticeship with a local outerwear factory, Cooper & Stollbrand, which is where to this very day his Great grandson, James Eden, produces the collection inspired by the clothing he wore in his daily life, items he customised to suit his everyday activities .

Patterns from the Factory’s outerwear archive have been modernised to suit the needs of a more contemporary clientele. Trousers come in robust moleskin, brushed British cotton and raw denim, whilst heavy Guernsey knits and a waxed wool coat have been created to withstand the elements of a busy modern life.

The backstory to this fascinating brand, was celebrated in the Channel 4 documentary, Made in England, which looked into the transition of the Copper & Stollbrand factory from a fossil of a bygone era to the journey James Eden and his business partner Nick Ashley, yes as in Laura Ashley, his Mother, dragged the business into the 21st Century.

As part of this journey the brand, in November of last year, transported its centenary heritage to the Capital to launch its first flagship store on what is arguably, one, if not the trendiest streets in London, Lambs Conduit Street, which boasts such uber tenants as Oliver Spencer, Folk and the pop up store showcase of Cube PR.

Please don’t let the fact of Private White VC’s prime retail outlet being based in the great metropolis of London put you off. The brand has a GREAT website filled with interesting facts regarding the history of the great man himself, the factory of Copper & Stollbrand, ohh and you can purchase some of the wonderful pieces this actual heritage brand produces too and remember quality is a commodity worth paying for. 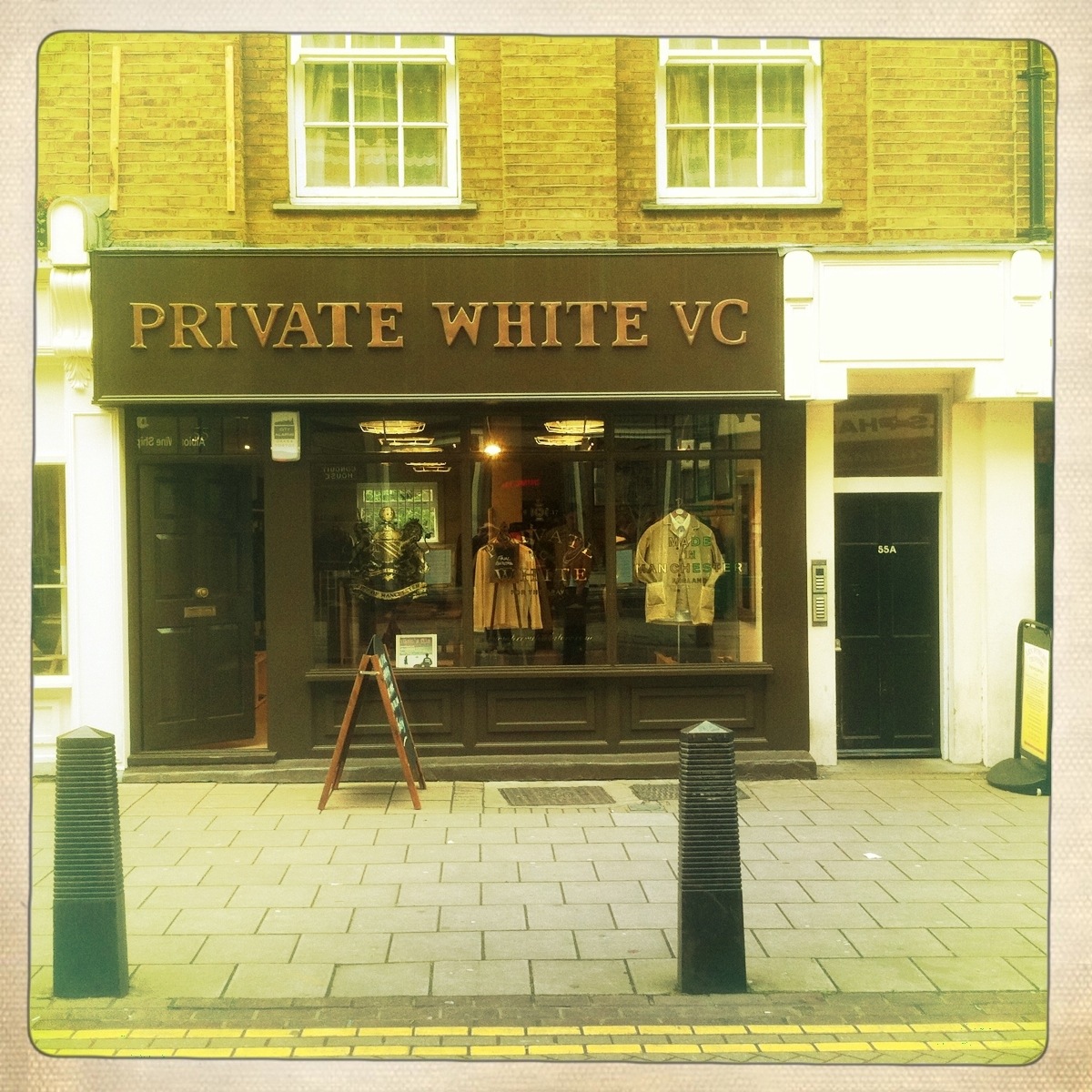 A selection from the current season's collection