The art of shaving – Top Tips from …

How to Dress for an Online Job …

From 1984, with his first Men’s Collection with its fetishised naked-backed men, Jean Paul Gaultier has been, in the eyes of the world, season after season, event after event, the ‘enfant terrible’ and, as many called him, the father, of men’s fashion.

Just as he created from the corseted woman the emblem and the bottle for his female fragrance, Jean Paul Gaultier transforms the man with the sailor’s top into a symbol and a bottle for Le Male, this year celebrating its milestone Silver anniversary.

The legendary French fashion designer, unleashed a fragrance upon us which was to go on and be as recognisable and synonymous as his trademark breton tops, a fondness for wearing kilts and suicide blond hair. “Le Male” irreversibly shook up the world of scents by introducing an unprecedented masculine archetype: the sensual sailor with a soft heart, to accompany this launch came an Ad campaign which equally shook up the world and is still remembered with fondness today.  Reinventing the classic, enrichening it with a new purpose and a double entendre – Jean Paul Gaultier loves nothing more!

For Le Male, to make something other than another EDT for men, he wanted to revisit the traditional lavender of masculine fragrance – with the help of perfumer Francis Kurkdjian.

A strange idea when one thinks that Jean Paul Gaultier’s original idea, a fragrance which evoked the sensuality of a sun-drenched naked body on the beach, a little lick-able, a little louche, to be oneself, to dare.

It starts off fresh. Like an outraged diabolo-menthe that made friends with mugwort, bergamot and cardamom, in order to state things clearly, and tease for what’s to come…

Then there’s lavender, married to orange flower and cinnamon and cumin, a reinvented lavender, led astray somewhat into a heart that echoes the heart of Jean Paul Gaultier Parfum for women.

Wood, musk, amber, vanilla and tonka beans, the base is fleshy, carnal, skin-loving and stroke-able.

From the head to the heart, from the heart to the base, the pulsating beat of the fragrance, its successive rhythms are each unlike anything else. You start off with a feeling of knowing and then realise that there is everything to learn. It’s like a life, made up of many lives… or a man who is all men.

We are experiencing what many meteorologists are calling the best Sustained hot weather Summer we have had in over a generation. We all know we have to play our part in what in going on currently with the pandemic and all of us flocking to beaching is a definite NO NO.

However, there are plenty of quite beaches, lidos, lakes etc that we can take advantage of and still social distance. Take a look at this cracking look below, with ensure it can easily fit into a small bag and look tip top trendy, guaranteeing your top of the style stakes.

Why not mix the old with the new. On this collaboration, Tommy Hilfiger has brought us a very clean classic look tee, incorporated with BAPE’s classic Ape face. This could be thrown on for a nice smart/casual look, keeping true to the Tommy Hilfiger colours, this could fit easily with a pair of blue denim jeans and the fit is yours to finish.

With a whole new collection dropping, Fear of God isn’t slowing down as the ESSENTIALS (SS20) range was a hit all around. Coming in a stealthy Dark Slate/Stretch Limo Black the ESSENTIALS Sweatpants are comfortable and only one part to the full set.

You can never go wrong with a pair of shorts, especially from a collaboration with Stussy and Nike. Habanero red shorts are made for you to show off your skills in the pool or sea while in style. Going to any beaches? Going to the local pool? or just going out on a casual day?

As temperatures soar across the country this week, here are some important tips to keep in mind when travelling with children.

A child should never be left unattended in the car, even if it is for a brief stop to do some shopping or get an ice cream.  Temperatures can rise by approximately 3°C within 10 minutes and by more than 10°C within 30 minutes.  Children are especially vulnerable to heat-related illnesses; therefore, it is extremely dangerous to leave your child (as well as any pet!) unattended in the car on a warm day. 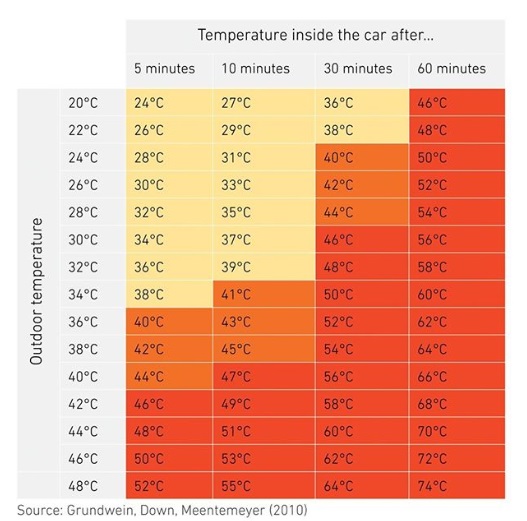 Planning ahead can help keep car seats cool and provide a more comfortable ride.  If you are parking the car in the sun whilst out on day trip to the beach, use a light coloured blanket and drape it over the car seat.  This will help prevent the seats from heating up and will provide a more pleasant journey once you have returned to the car.

Scandinavian brands BeSafe and Voksi are dedicated to creating the safest travel solutions for children around the world.   They are passionate about encouraging families to go on adventures, and want to enable them to travel with ease, with the knowledge their children are safely secure in the car.

Many bearded guys are not usually interested in conditioning their facial hair, and this could be due to a lack of knowledge about conditioners. For some others, it could be they don’t know the best products to use for beard grooming and care.

Whether you agree or not, there are no ​secrets to a healthy-looking beard​ aside from occasional grooming and care. And to spot the freshest looking facial hair, you would need to get the right products, and one of them is a beard conditioner. That said, below are the ways you can benefit from using a conditioner.

The cuticles are a sensitive part of the hair and need to stay hydrated and protected from daily exposure to sun and dirt. With the right conditioner, you could build a protective layer from the hair’s tip down to the roots. This can help to reduce damage during styling and also prevent loss of hair.

The regular use of beard and skincare products could strip the hair of its moisture and nutrients, leading to reduced hair growth. It would help if you used​ a suitable beard conditioner weekly​ to lock in back minerals and moisture needed to support a healthy-looking beard.

One of the secrets to a shining looking facial hair is moisture, and with the regular use of beard oil, cream or balm, you can spot a radiant-looking man burns. In addition to a conditioner, you want to invest in some quality beard shampoo and moisturizer to ensure your hair stays hydrated throughout the day.

Another advantage of hair conditioning is that it reduces tangling, making it easy to run a comb or brush through with ease. This will be useful, especially for men with tight facial hair who find it challenging to groom. You must include the best organic beard cream and oils, blades, scissors, combs, and brushes to achieve your perfect style.

You also benefit from the natural fragrance that comes with beard oil, cream, and balms. You can find them available in a variety of sweet-smelling fragrances that last for hours after use. It is safer to stay clear of products with artificial perfumes as they could irritate the skin and cuticles.

It is no lie that most beard oils and balms are capable of ​stimulating the hair follicles and enhancing growth​, but you want to choose the best brands if you want excellent results. You must know that conditioners don’t lead to instant growth but usually show positive results when used regularly.

Remember, I said that for most guys, the challenge is finding the best option between a beard oil, cream, balm, and butter. The easiest way to find out is to try a few of them to see which one appeals to you best.

For most guys, oils seem to get the job done, but there is no harm in trying other options. The only rule is to avoid using harmful products or chemicals on your beards to prevent damage to your skin and cuticles.

With more and more of us having to spend more and time on our mobile phone device, whether we want to or not, it has become an essential part of our being often being referred to as an extension of ourselves and many of us feeling lost when we don’t/can’t have access to it.

Now whether this is healthy for us or not is highly debatable, however one thing that isn’t is our increasing reliance upon them and the many different ways we use them, away from their primary use as a telecommunications device. So we have scoured the Internet looking for some fun gadgets for you to maximise and get even more out of your mobile phone. The Live Streaming Kit from Urban Outfitters Is a great gadget for youtubers and Tik Tok fans. Live stream with ease when you use this essential kit from Kikkerland. Includes a 2-in-1 universe phone holder and a USB-powered LED light with three brightness settings that can clamp to any table or desk! The Dog Treat Selfie Clip from Fred Aldous Get that perfect pooch shot! Easy grip clips attach to your phone and to a dog treat. Fits all phones. The Wide-Angle Lens Clip Lens from Urban Outfitters Perfect for capturing wide-angle shots of your favourite moments and people! 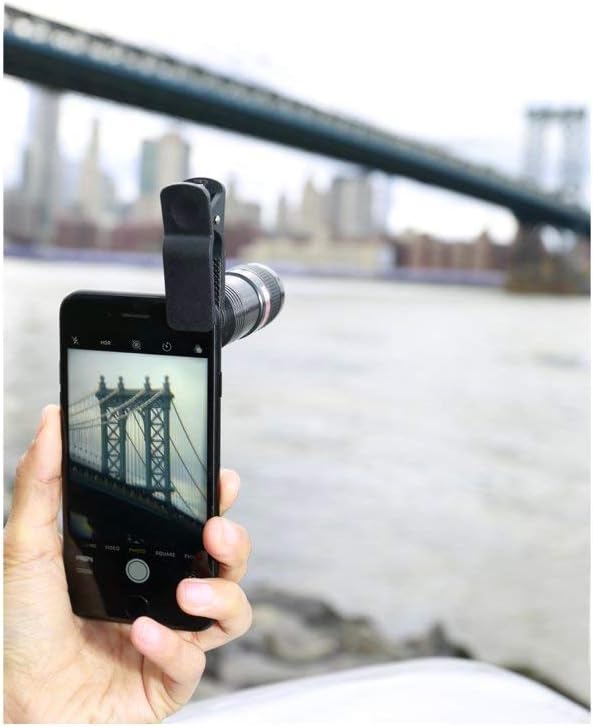 The Phone Telescope Lens from Urban Outfitters  Provides 8x magnification on your camera. Easily clips on any smartphone. Includes lens covers and a microfiber cleaning cloth. The Mini Karaoke Microphone from IWOOT Bring the world of karaoke to your smartphone. Works with most karaoke and voice recording apps, the mini microphone can be used as a recording device and as microphone for phone calls.